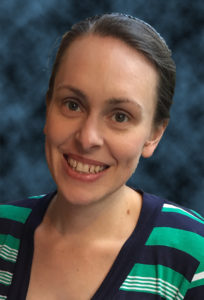 Dr Anna Barron is a Nanyang Assistant Professor in the Lee Kong Chian School of Medicine, Nanyang Technological University and a Visiting Scientist in the Department of Functional Brain Imaging Research at the National Institutes for Quantum and Radiological Science and Technology, Japan.

After obtaining an Honours degree and PhD in Neuroscience from The University of Western Australia, Dr Barron carried out postdoctoral work at the Davis School of Gerontology at the University of Southern California in the United States, before joining the Department of Biophysics and Life Sciences at The University of Tokyo. Her early career research has been recognised by a number of prestigious awards, including the 2008 Women in Endocrinology Young Investigators Award, 2009 American-Australian Neurological Fellowship, 2010 Invitational Postdoctoral Fellowship from the Japan Society for the Promotion for Science, and the 2014 Alzheimer`s Association Imaging Consortium Fellowship. In 2016 Anna was awarded an Elite Nanyang Assistant Professorship.

Integrating in vivo PET imaging with cellular, molecular, biochemical and behavioural approaches in preclinical animal models of disease, Dr Barron has made significant contributions to our understanding of how complex aging, neuroendocrine and lifestyle factors alter susceptibility to Alzheimer`s disease. Since commencing her career in 2005, Dr Barron has published over 20 articles in the leading Neuroscience and Endocrinology journals including The Journal of Neuroscience, Neurobiology of Aging, Frontiers in Neuroendocrinology and The Journal of Endocrinology.